The Rule of Law and European Values Under Threat? 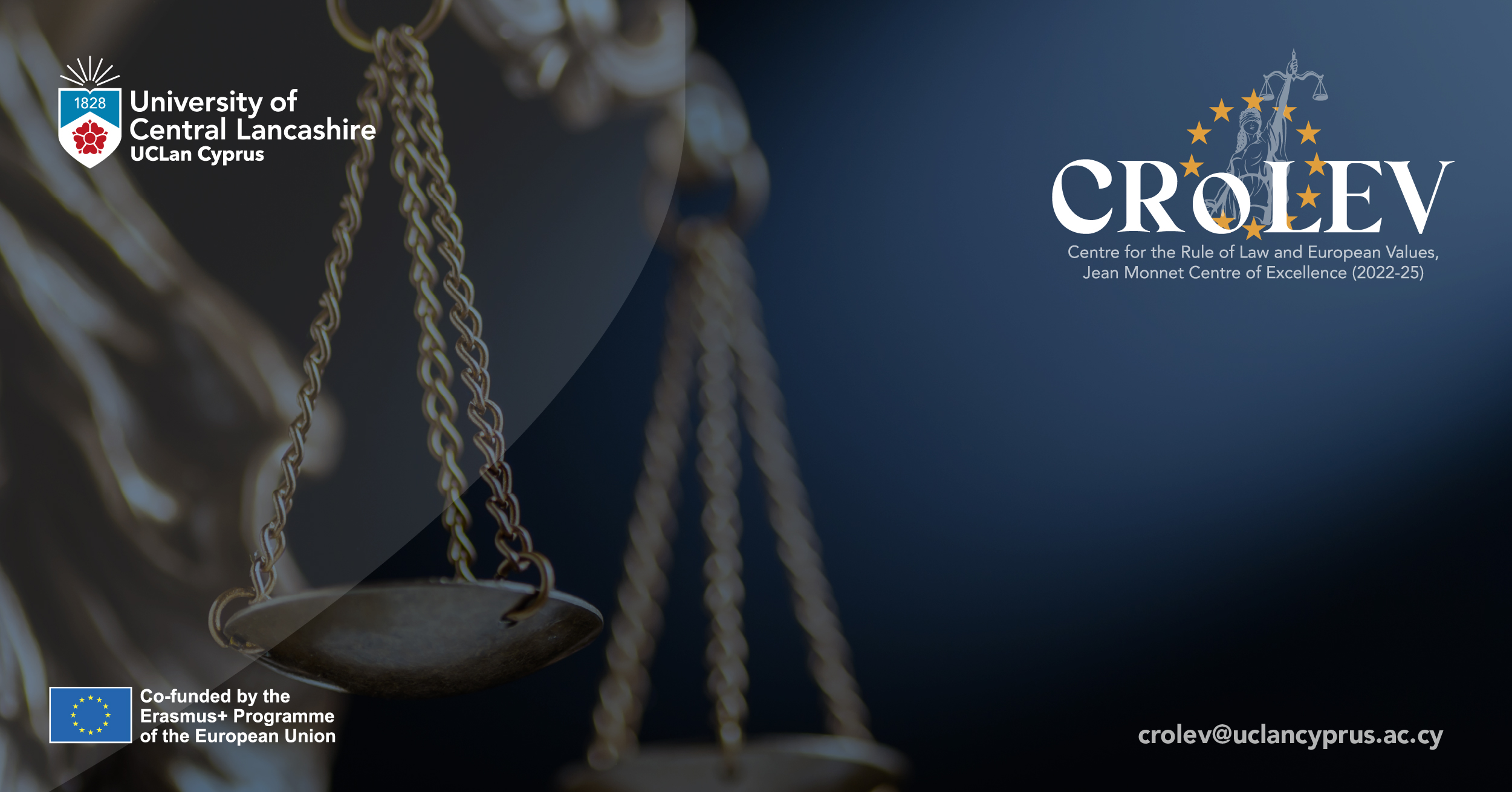 Article 2 of the Treaty on European Union (TEU) lists a series of values, often dubbed ‘European values’ that are at the heart of the EU’s constitutional framework. It includes, inter alia “respect for human dignity, freedom, democracy, equality, the rule of law and respect for human rights, including the rights of persons belonging to minorities”. Among the objectives of the Union is to promote these founding values to the outside world while at the same time securing their protection within and alongside the Member States. Under the principle of loyalty, the Member States are in fact obliged to “facilitate the achievement of the Union’s tasks and refrain from any measure which could jeopardise the attainment of the Union’s objectives”. However, the Union seems to be persistently in a ‘state of crisis’, which has only worsened these attempts, not only in promoting these values externally but also in protecting and maintaining them internally within the Union’s borders.

From the financial to the refugee crisis, to the ongoing Covid-19 pandemic and war in Ukraine, the Union and each Member State have faced several emergency situations and have been forced to take immediate action. Yet responding to those threats has not been a straightforward endeavour. In fact, it is often argued that those crises have in turn planted the seeds of further threats. The rule of law, democracy and fundamental rights, jointly some of the fundamental values upon which the Union is built, are currently under threat, primarily in Central and Eastern Europe but also across the EU and in neighbouring countries. From threats to the independence of the judiciary, to muzzle laws seeking to silence and discipline members of the judiciary critical of governments, and from the erosion of the separation of powers to limiting free speech, core elements of liberal democracies are jeopardised. The emergence of right-wing populist parties around the EU and their establishment as main political actors in countries such as Poland and Hungary constitute novel threats for the Union’s internal cohesion and values.

The current pandemic has brought to the forefront and only exacerbated concerns about the state of the rule of law, its compatibility with emergency measures, and the deterioration of European values and principles, such as equality, democracy, individual rights, and active citizenship. In particular, we have witnessed governments been eager to restrict individual freedoms in the name of public health, only to tread a thin line between proportionality and the protection of the public interest on the one hand, and arbitrariness and illegality on the other.

The rule of law and democracy backsliding within and outside the EU makes it imperative to analyse the various ways in which the rule of law and other European values are under attack within Member States, how such attacks have intensified in times of crisis, and what the EU has done, and can do, to secure its values. It thus appears that a pressing need exists for further research and analysis of the state of the rule of law and values across the EU, taking into account new developments, new challenges that arose both nationally and supranationally.

CRoLEV is a new Jean Monnet Centre of Excellence funded by the European Union under the Erasmus+ programme 2021-27. CRoLEV intends to (i) explore the state of the rule of law within the EU and in neighbouring countries, using empirical research; (ii) investigate the deterioration of the rule of law and EU values in times of crisis; (iii) evaluate the mechanisms available at the EU level to secure European values and rule of law protections; and (iv) deliver research-informed teaching designed to reach academics, students, and professionals, but also young people and the civil society in Cyprus and across Europe. CRoLEV intends to raise awareness about the fragility of the rule of law and values in times of crisis, thus inspiring action to safeguard them.

The Centre seeks to address the challenges discussed above by, among other things, measuring the effectiveness of rule of law and value protections, and investigating the compatibility between government emergency responses and such protections. Given how these challenges are common in many European and non-European countries, CRoLEV will produce outcomes that will be of significance for multiple international actors, contributing to filling in the gap in the protections of the Rule of Law and European Values and multiplying the impact of its work. In general, the project will correlate the endangered protections of citizens throughout Europe in times of public threats, with the fact that the same measures taken to address such emergency situations can have adverse effects on the rule of law, democratic principles, and fundamental rights. The assessment of that correlation will require an interdisciplinary analysis incorporating socio-legal, economic, philosophical, historical, geographical, and political perspectives

The project will organise a series of activities, such as public lectures and intensive courses by world-leading experts on the rule of law. In addition, CRoLEV will create and maintain an interactive dashboard and index tracking the state of the rule of law and European values in Cyprus and other countries. By disseminating the project’s research outputs in Cyprus, neighbouring countries, and other partner institutions, the Centre will strengthen European studies in the Eastern Mediterranean region and beyond. The project’s recommendations will also be of value to state and EU authorities, as well as international actors within and beyond the EU.

CRoLEV will generate important knowledge and insights that will be valuable for policy-making both at the European and the domestic level as it will endeavour to identify steps policy-makers can take to secure rule of law and value protections and guard against their deterioration.